I'm a Scientist: Supported by Wellcome and UKRI
Skip to content

About I’m a Scientist

I’m a Scientist is like school science lessons meet the X Factor! School students choose which scientist gets a prize of £500 to communicate their work.

Scientists and students talk on this website. They both break down barriers, have fun and learn. But only the students get to vote.

This is the Antimony Zone. It has a range of scientists studying all different topics. Who gets the prize? YOU decide! 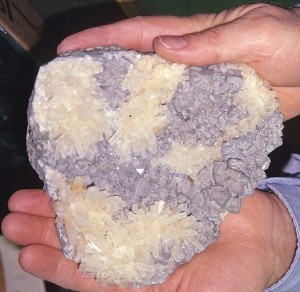 It might look pretty, but antimony can cause severe poisioning, image by Ra’ike for Wikimedia

Antimony’s name, pronounced an-tuh-moh-nee, is derived from two Greek words, ‘anti’ and ‘monos’ which mean ‘not alone’, and this description comes from the fact that this element is rarely found on its own – it’s usually combined with sulfur, copper, lead or silver.

Antimony and many of its compounds are toxic, causing similar effects as arsenic poisoning, such as headaches, confusion, diarrhea and even convulsions, hair loss and stomach pain.

Yet it’s been used since all the way back in Egyptian times, when people used it as eye make-up and in pottery glazes. It’s thought that Mozart liked to take antimony as a remedy for his health problems, but it could well have contributed to his death as he took it during the last illness he had before he died.

Would I'm a Scientist be great at your school?

And make sure you support us on Twitter, so we can say hi, and keep you up dated on what's going on.